The Visitor Center will open for the 2021 season on Saturday, July 3, and Sunday, July 4!
Our hours are from 2 - 4 PM ET every weekend until mid-October.

Masks are required to enter the building. We look forward to seeing you. 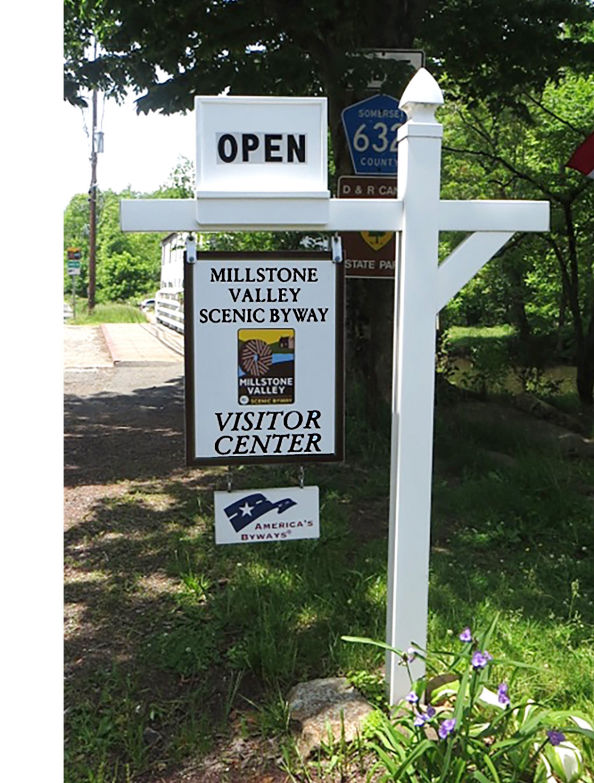 Located at the historic Griggstown Bridge-tenders House on the D&R Canal, the Visitor Center is open weekend afternoons April through October. It is operated by the Millstone Valley Preservation Coalition. We have an information room manned by knowledgeable volunteers, a museum room depicting an 1850s kitchen, and 19th century interpretive gardens. Visitors can watch videos that explain local history, pick up maps and brochures, and visit the museum room and garden.

What you will find inside

Map and directions to the Center

The 1850s kitchen and kitchen garden

What you will find inside 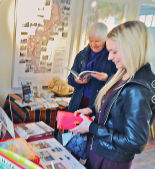 Books, pamphlets, and maps to learn about the Millstone Valley National Scenic Byway and surrounding attractions 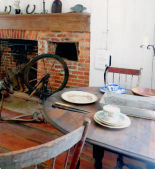 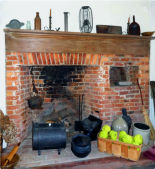 The original fireplace in the kitchen has been restored.

The Visitor Center Museum and Garden 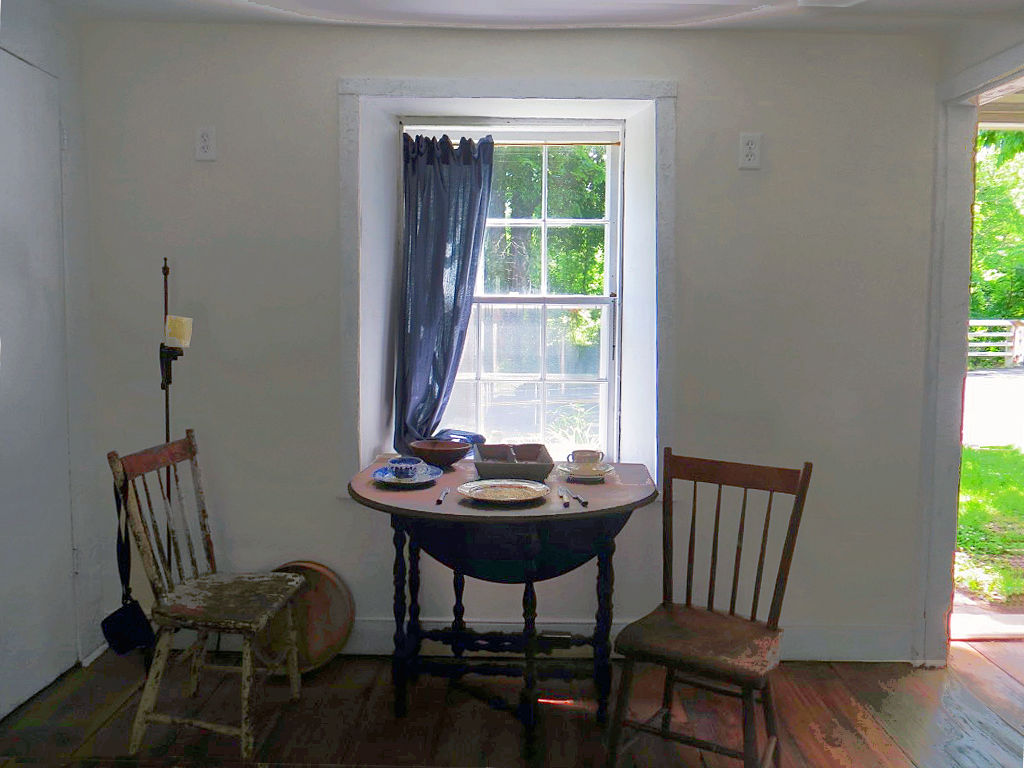 Hugh Blaney was the bridge tender at Griggstown from 1834 until he died of typhoid fever in 1853. He lived in this house with his wife and seven children.

At his passing, Hugh Blamey left an inventory of his possessions. The inventory has been used to interpret one room in the house to the period of the family’s occupation during the mid-19th century. To see a copy of the inventory and learn more about the Griggstown Bridge Tender's house and its occupants, read The Griggstown Bridge Tender’s House & Its Tender Legacy, by Vicky Chirco, at the New Jersey Parks and Forests website. 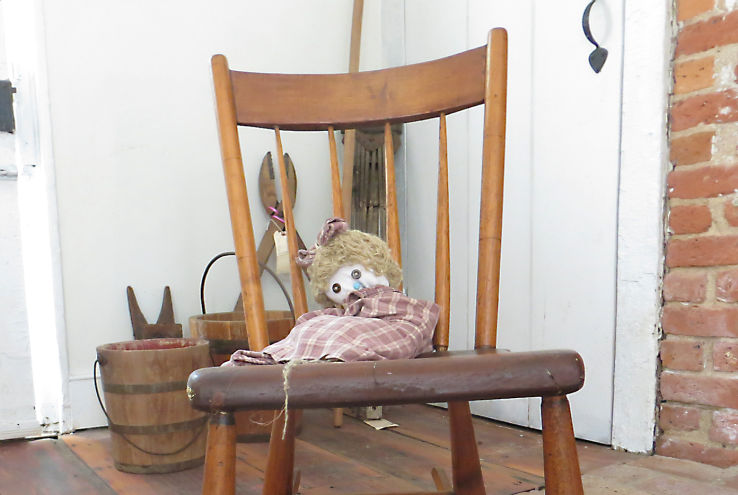 Spindle press back rocking chair with rag doll. In back,  wooden buckets once used for all kinds of daily tasks, from carrying milk to washing clothes. 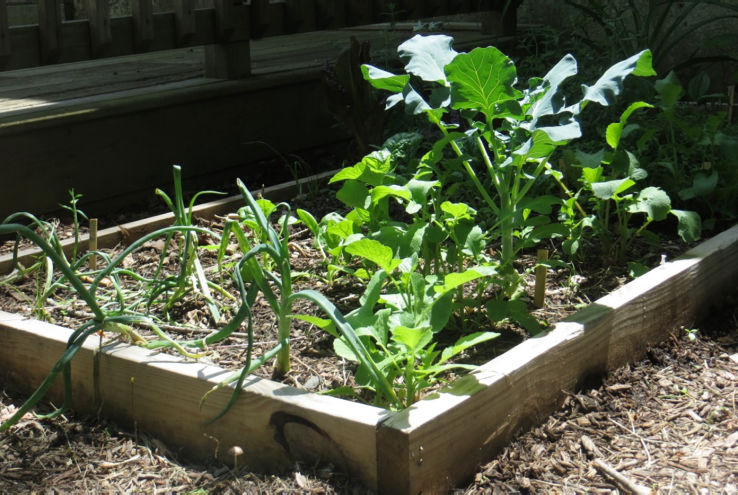 Small kitchen garden behind the Visitor Center, featuring edible plants that were available in the mid-19th century 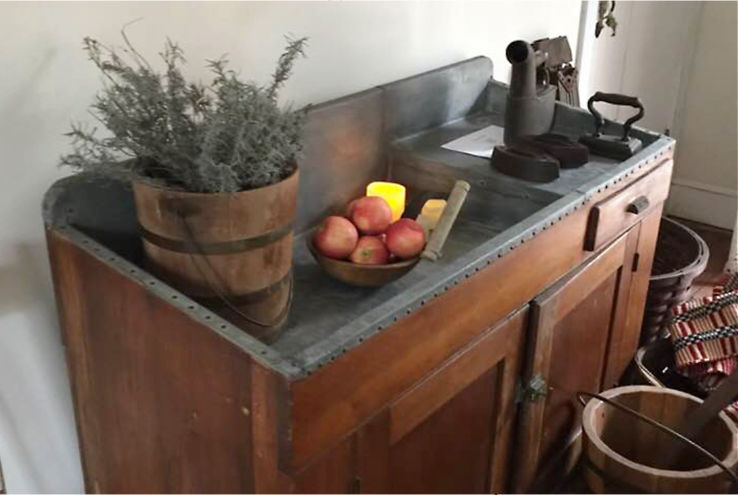 19th century dry sink with dried herbs and an antique iron. The sink was used like a modern-day sink but it had no connection to indoor plumbing

The Millstone Valley Preservation Coalition has been a regular participant in the Somerset County Weekend Journey Through the Past, staying open for longer hours during the weekend and presenting special programs. 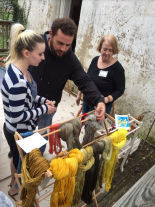 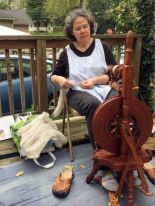 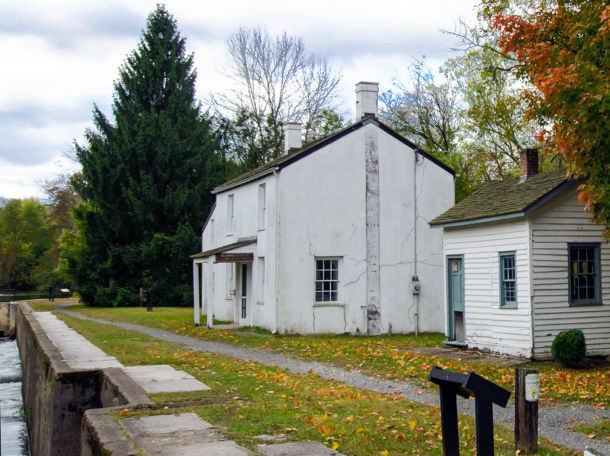 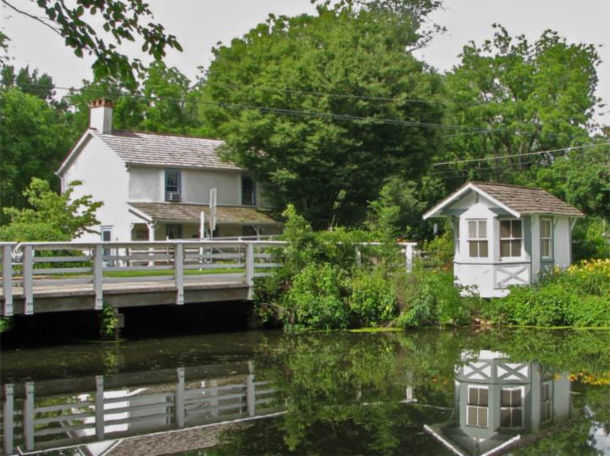 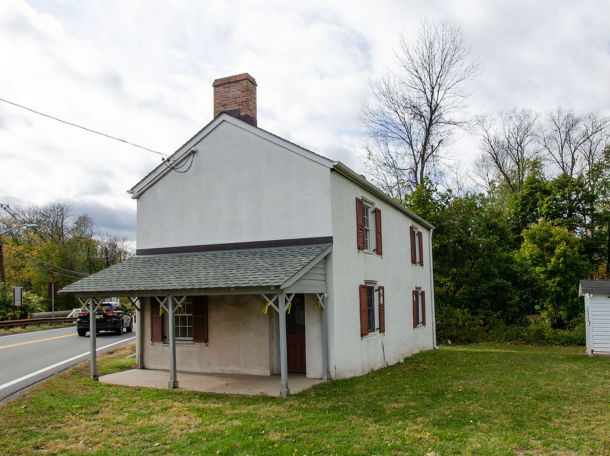 The canal houses are an integral part of the D&R Canal and its history. They are not grand, but they are irreplaceable. Their presence helps us connect to the history of our surroundings, the lives that were lived here, and the fabric of our own lives. The Kingston Historical Society, with headquarters at the Kingston Canal House and the Blackwells Mills Canal House Association, with headquarters at the Blackwells Mills Canal House, work to conserve these precious houses.

Click to learn more about the bridge tenders who lived in the Griggstown Canal House.

Click to learn the history of the D&R Canal bridge and locktender houses.

Below: Vintage photograph of the Griggstown Causeway. The bridge tender's house is at right. The mill on the left is no longer standing, It was on the far bank by the tow path.