On the morning of August 30, 1781, several thousand French Troops awoke in a camp in Millstone Borough, then known as Somerset Courthouse, at the top of the Millstone Valley National Scenic Byway. For much of that next day, they marched through the Millstone Valley, converging on the byway in Rocky Hill with thousands of American troops. From there, they marched together to Yorktown, Virginia, where American independence was won with the surrender of the British on October 19.

The Byway represents 10 miles of this historic trail, known as the Washington-Rochambeau National Historic Trail within the National Park Service. This section was recently described as among “the most historically evocative” sections of the 700-mile route, in a new book, America’s National Historic Trails by Karen Berger.

At left: A map by the Frenchman Louis-Alexandre Berthier depicting the 1781 French troop encampment in Millstone. Berthier accompanied Jean-Baptiste Donatien de Vimeur, Comte de Rochambeau, during the 1781 Yorktown Campaign, and kept a detailed record of the experience. After the war he produced 111 maps recording the 680-mile overland march of the French army of some 5,750 men under Rochambeau, from Newport, Rhode Island, to Yorktown, Virginia, and the return march of the French Army from Virginia to Boston. Most of the maps are in the Louis-Alexandre Berthier Collection in the Princeton University Library, which has digitized the maps and put them online. 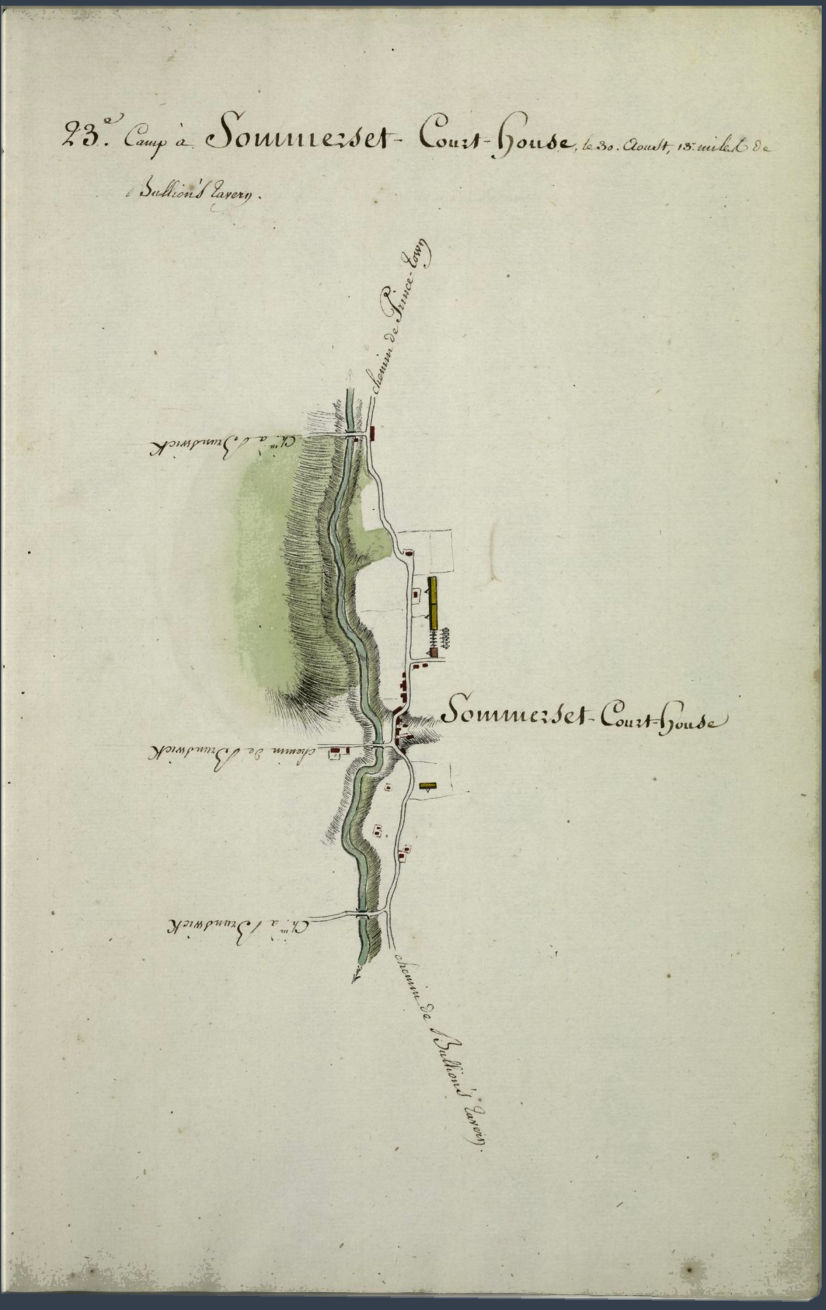 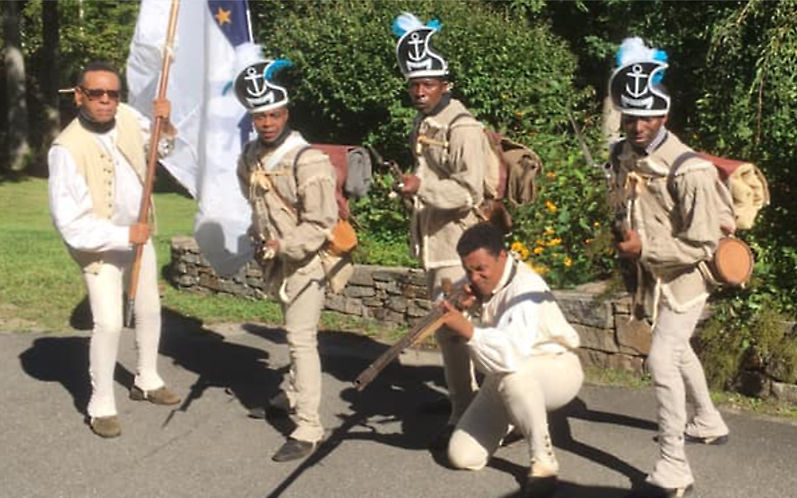 General Rochambeau’s Aide de Camp, Ludwig von Closen, wrote in his journal that the American Continental Army marching to Yorktown was one-quarter soldiers of color, providing some of the best evidence we have of the diversity of the military during the American Revolution.

At right: A Trenton-based group of reenactors who portray the minority-majority First Rhode Island Regiment that marched through the valley on their way to Yorktown


Read about the 1st Rhode Island Regiment of the Continental Line 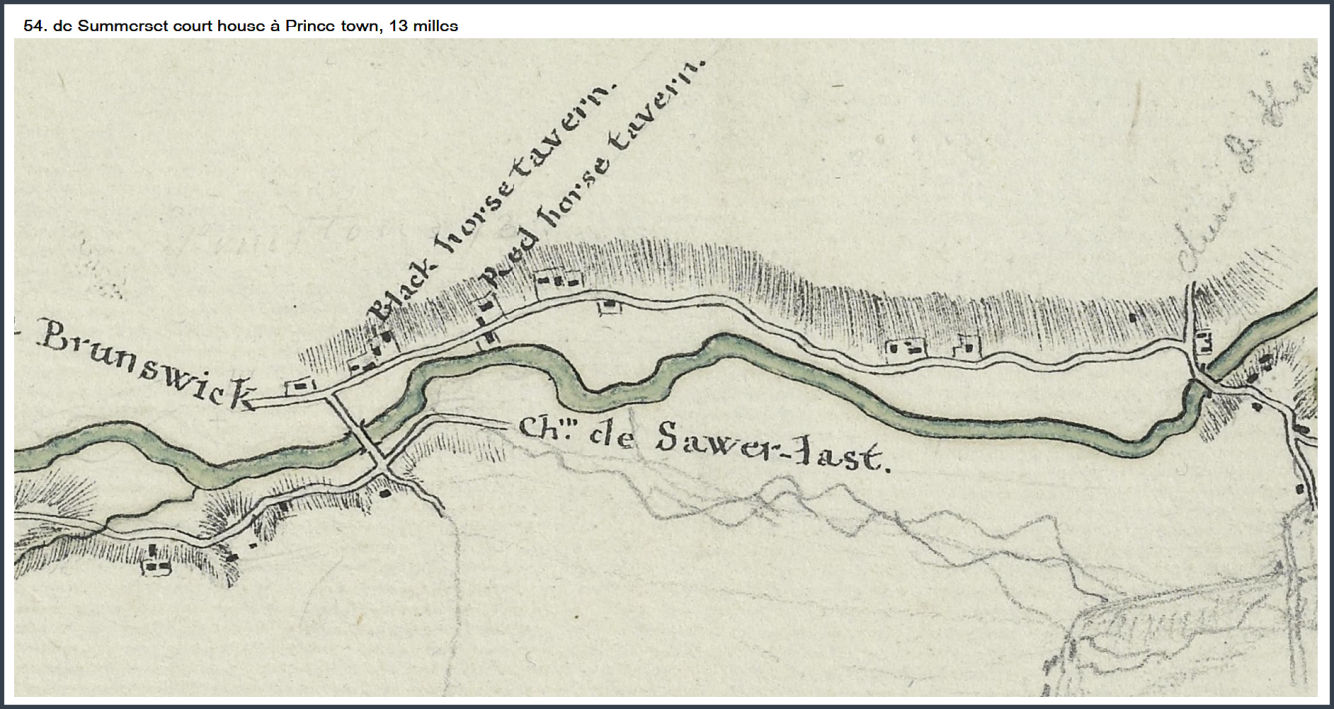 Visitors to the Millstone Valley National Scenic Byway are literally walking in the footsteps of the men and women who weeks later won American independence.

At left: A map by Louis-Alexandre Berthier depicting the route taken by French and Continental troop as they made their way south along the Millstone River toward Princeton.  The map shows the crossing of the Millstone River at Griggstown, and two taverns that remain today as private homes.

Still standing in the Millstone Valley: Barns and houses from the time of the American Revolutionary War

At right: A traditional Dutch barn that stands on a section of the byway where French troops passed on their way to Yorktown.

Below: Houses built before the American Revolutionary War,  still standing today on the route taken by Continental Army and French troops as they marched to Yorktown. 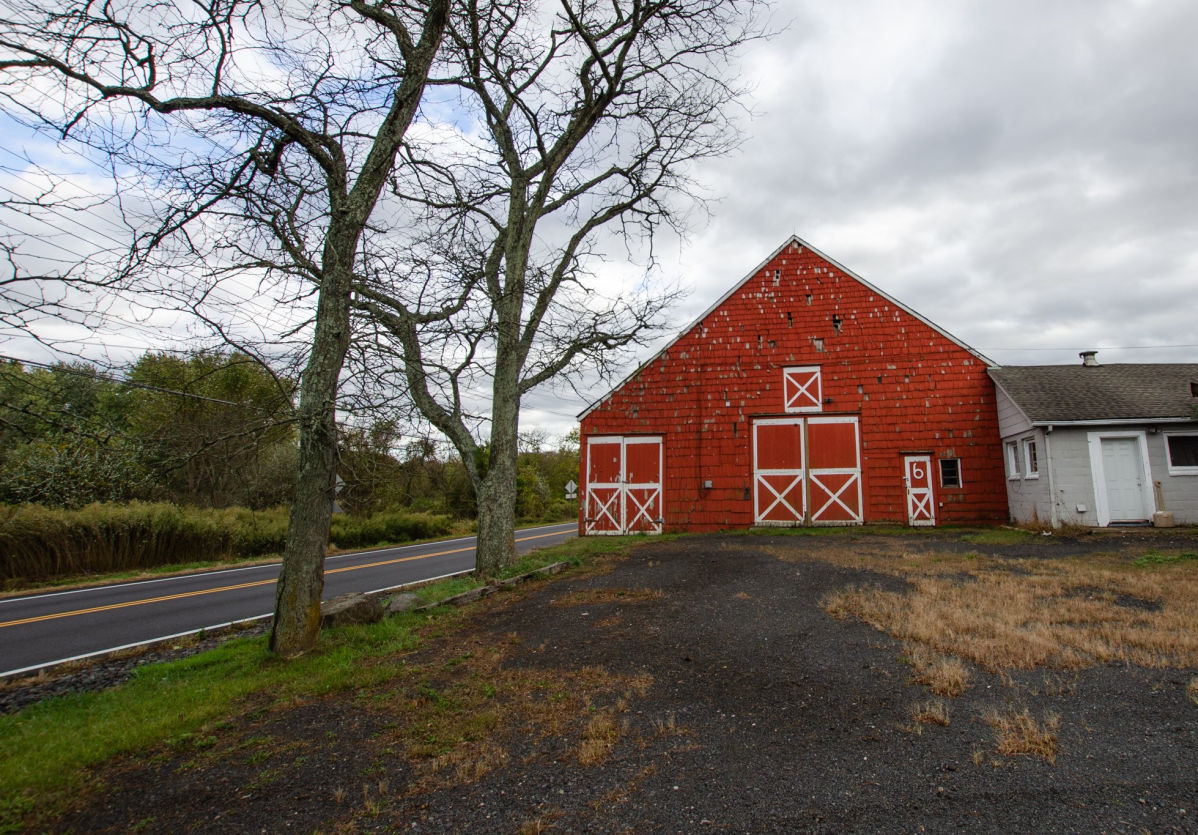 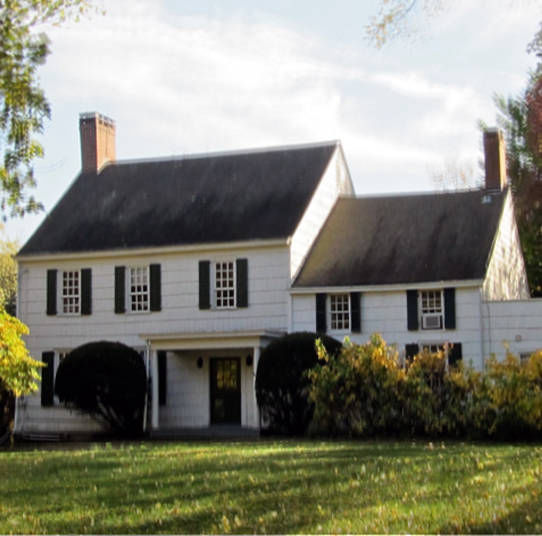 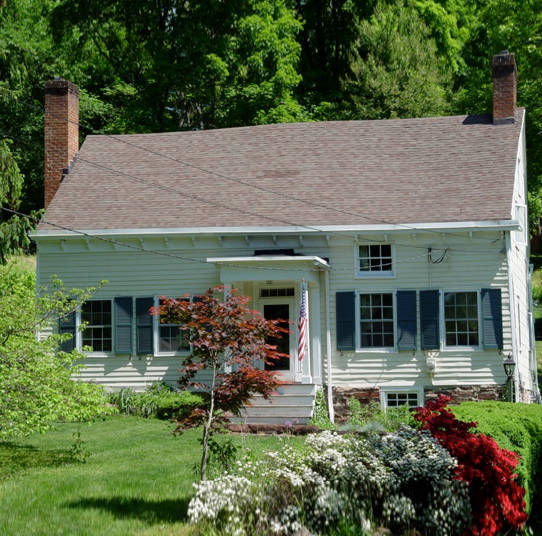 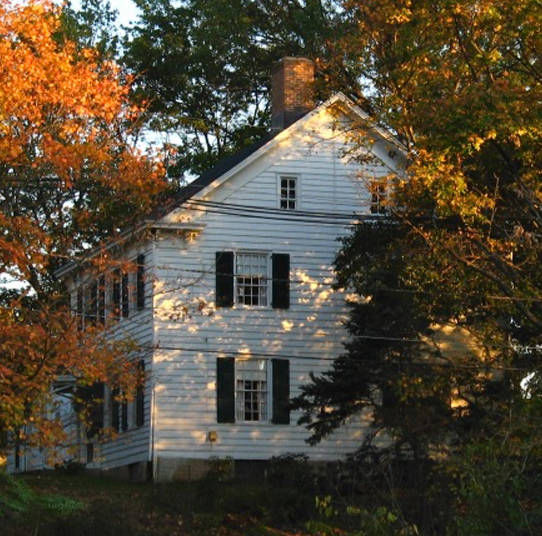 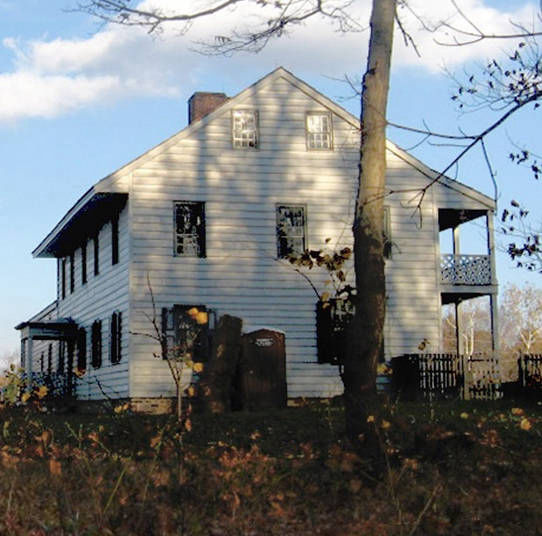 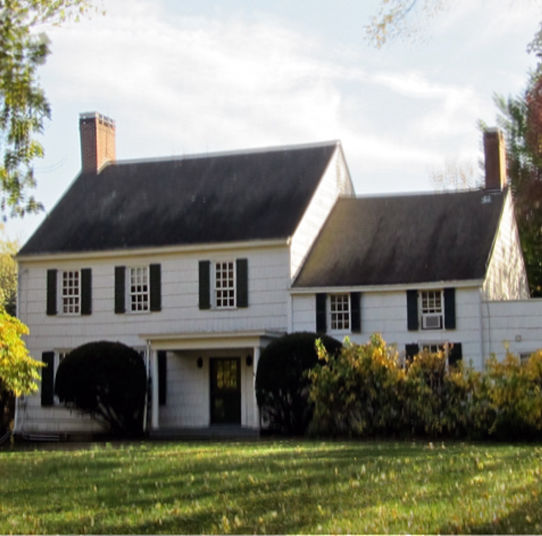 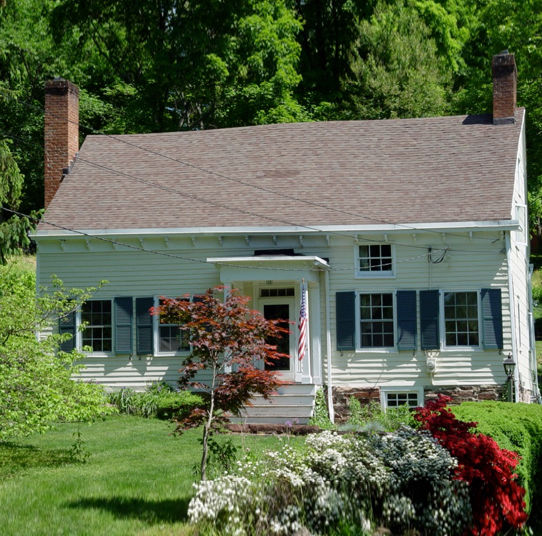 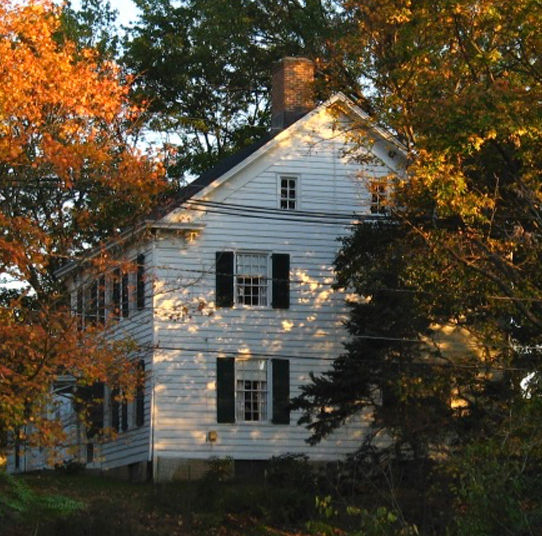 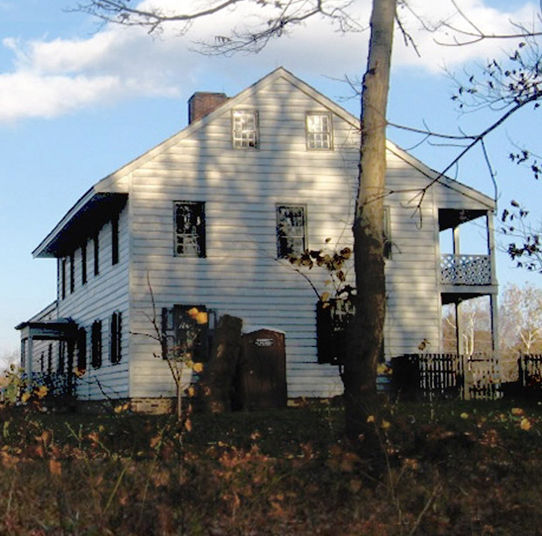 Above: Pre-revolutionary houses still standing in the Millstone Valley, from left to right: 1. The John Van Doren House, built in 1755 and located on Main St. in Millstone. After the battle of Princeton, General George Washington and some of his his staff spent the night in this house.  2. The mid-eighteenth century Hastings House on North River St in Millstone.  3. The Abraham Van Doren House, c. 1768, Canal Rd. Griggstown. General George Washington stopped here for rest, food and water after the Battle of Princeton.  4. Rockingham, built c. 1710, was the home of John Berrien of Rocky Hill. The house was General George Washington's final headquarters at the end of the Revolutionary War. It is located at 84 Laurel Avenue, Franklin Township. The house has been moved several times, and is now closer to Kingston than to its original location in Rocky Hill.

The painting that heads this webpage shows the French Auxonne Artillery Regiment in encampment just before the Siege of Yorktown.