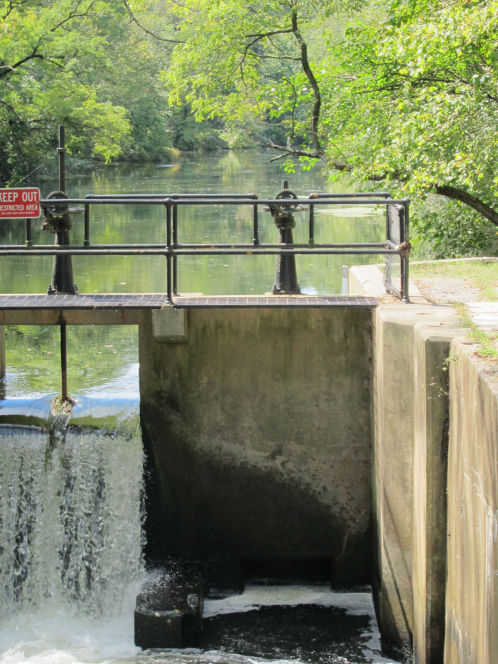 The Delaware and Raritan Canal opened in 1834 and remained in operation until 1932. After the canal ceased operation, it fell into disuse and became threatened by commercial development. In 1973 the NJ State Legislature began to study ways to preserve the 140‐year‐old waterway, and In 1974 most of the canal system was declared a New Jersey State Park. Nearly 36 miles of the main canal and 22 miles of the feeder canal still exist, although the locks are no longer operational. Visitors to the park can enjoy the original waterway, walk and bike on the towpath, and see the remains of the lock system. Many of the original bridge tender and lock tender houses still stand, and some are often open to the public, including the Griggstown bridge tender's house, which operates on weekends as the Visitor Center for the Millstone Valley Scenic Byway.

Saving the Canal, Creating a Park

The D&R Canal in the Millstone Valley

Thirteen miles of the 70 mile-long Delaware and Raritan Canal State Park lie within the Millstone River Valley. In the Millstone Valley, most of the land between the Millstone River and the canal is a part of the park. Sometimes there is only a narrow strip of land between the river and the canal, giving a view of the canal on one side and the river on the other. At other places the land between increases, with vernal pools and forests along the canal towpath. The Millstone Valley section is notable for the historic villages and preserved farmland that line Canal Road and River Road. The towpath provides an extensive trail system, allowing hikers to walk all the way from New Brunswick in the north to Trenton and other points on the Delaware River. The canal towpath is part of the Circuit Trails, an 800-mile trail network throughout the Philadelphia and Camden region, and the East Coast Greenway, a trail system being developed between Maine and Florida. 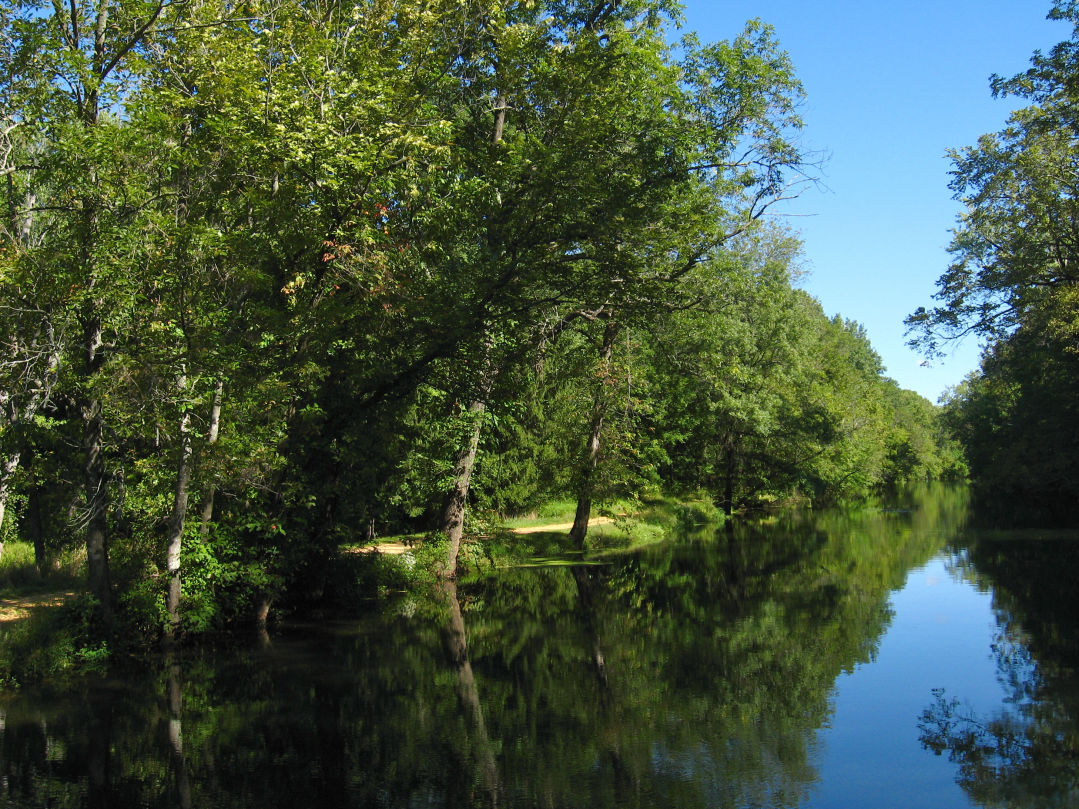 Saving the Canal, Creating a Park

After the D&R Canal was abandoned, the State of New Jersey took it over and operated it as a source of water, a function it has to this day. Over three decades, from 1937 to the 1950s and 60s, it became a favorite destination for hikers, canoeists, and nature lovers.
But there was no legal protection in place for the natural beauty of canal and the surrounding landscape. In the 1970s, as development in New Jersey began to squeeze farmland and open space, the D&R Canal was threatened by commercial encroachment. In response to the threat, the Delaware and Raritan Canal Coalition, representing 53 different conservation organizations and 12 communities, was formed. Mrs. Lee Bullitt, a Canal Coalition co‐chairman from Griggstown, saw the

canal as a “fragile and unique recreation area smack in the middle of the most densely populated state in the nation.” The other co‐chairman, Mrs. Margen Tenick of Princeton, called the waterway “the last unprotected natural resource in the region.”
In 1972, the D&R Canal was listed in the State Register of Historic Sites. D&R Canal National Register of Historic Places status was achieved in 1973. As the decade progressed, the D&R Canal Coalition was able to influence the New Jersey state government to act to protect not only the canal, but the area around the canal. In 1974, the New Jersey Legislature passed, and Governor Brendan Byrne signed, the D&R Canal State Park Law. The D&R Canal Coalition was instrumental in getting Senators Bateman and Schluter to initiate the enabling legislation. The hard work of citizens and the positive response of our state government has given all New Jersey residents a treasured State Park.

The D&R Canal State Park: The Canal, the Towpath, the Causeways, and the River

The D&R Canal State Park provides a green corridor through one of the most densely populated parts of one the most populous states in the United States. The canal, besides providing scenic beauty and a venue for canoeing and kayaking, provides drinking water to nearby communities. The New Jersey Water Supply Authority operates and maintains the water transmission complex of the canal as a water supply resource, distributing about 100 million gallons of water a day. In the Millstone River Valley, the D&R Park extends westward to the Millstone River.  The river is accessible from the causeways, where the road crosses over the canal and river, and where there are further trails along the river. The Millstone provides a slow moving beauty of its own, as do the wooded areas and distant fields beyond the towpath to the west. 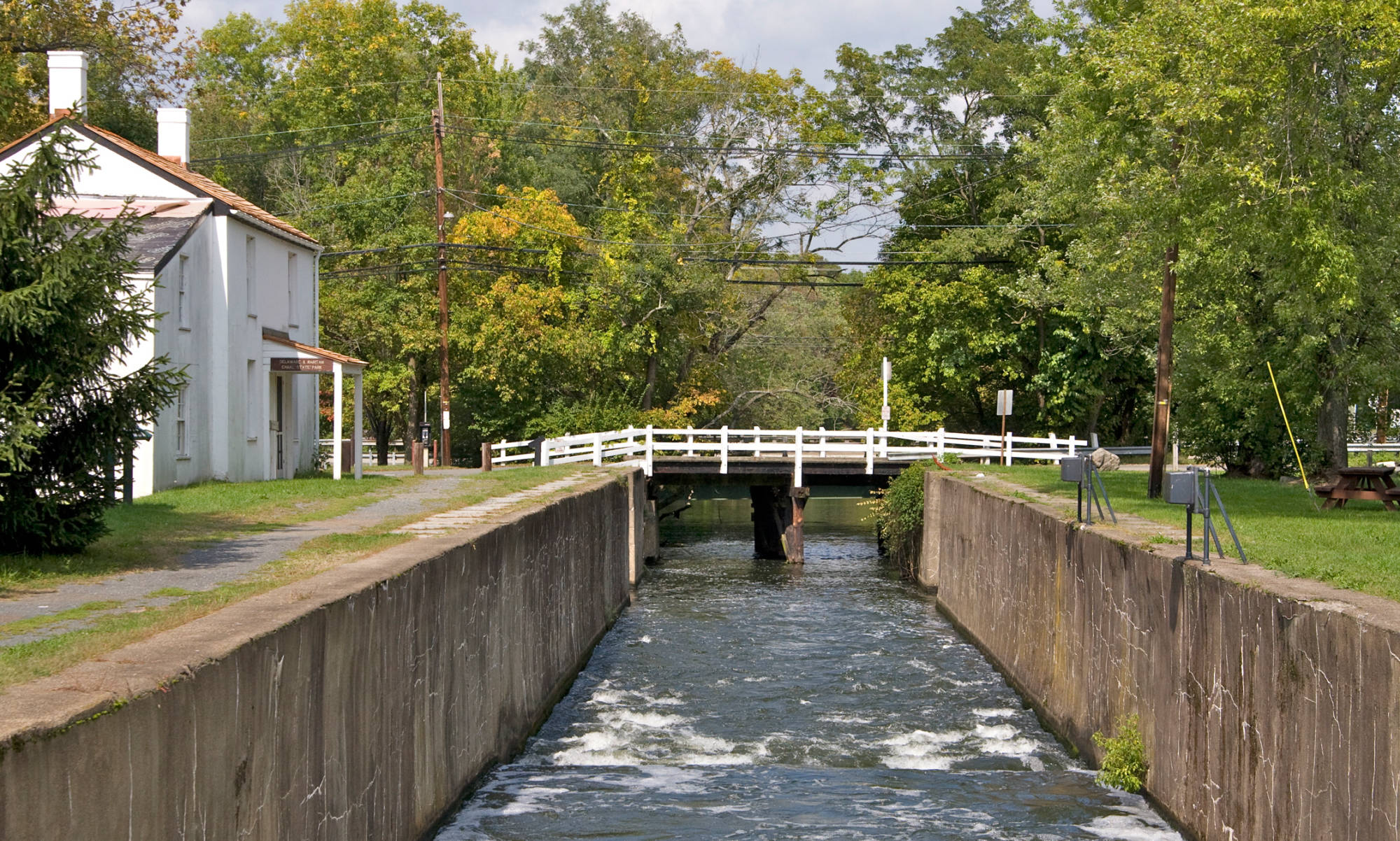 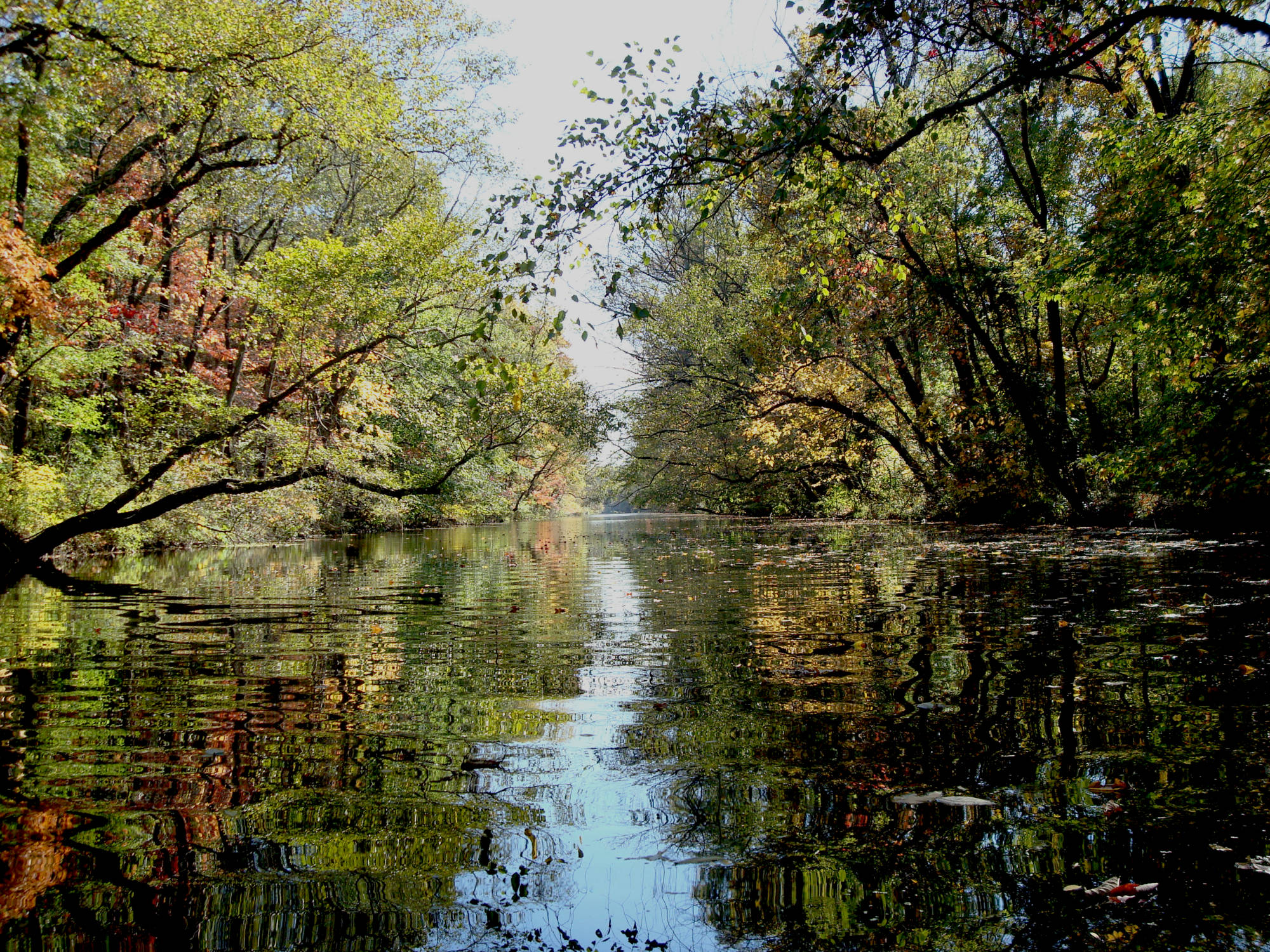 VIEW OF THE CANAL FROM A KAYAK 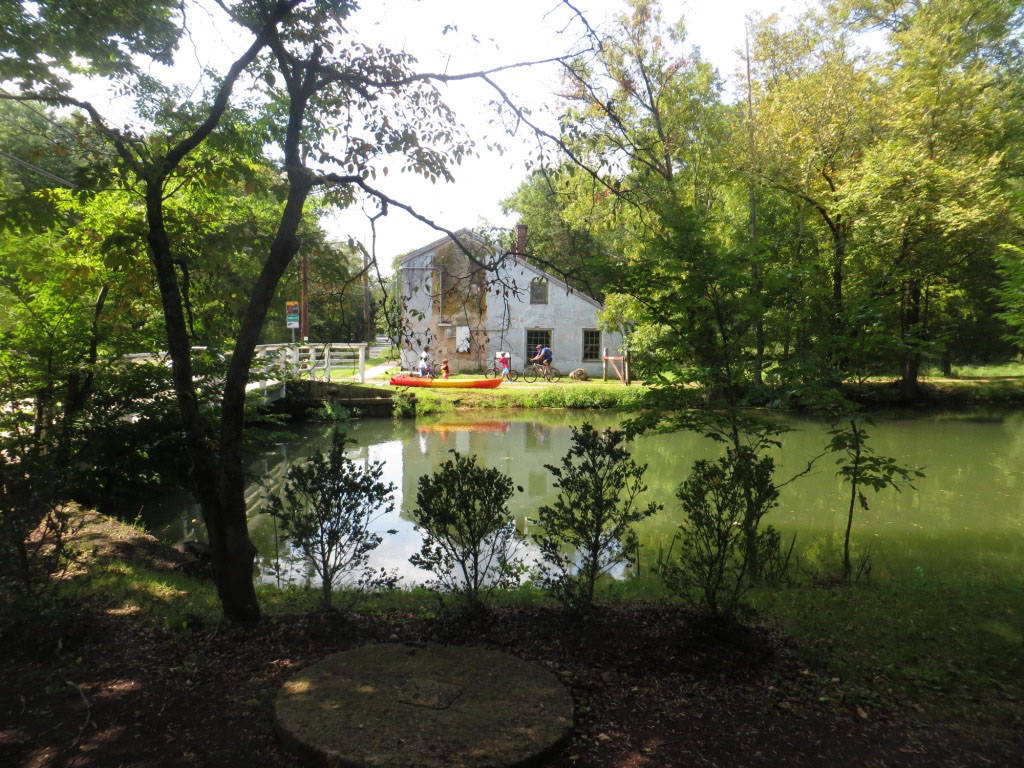 LONGHOUSE ON THE GRIGGSTOWN CAUSEWAY

THE TOWPATH IN FALL 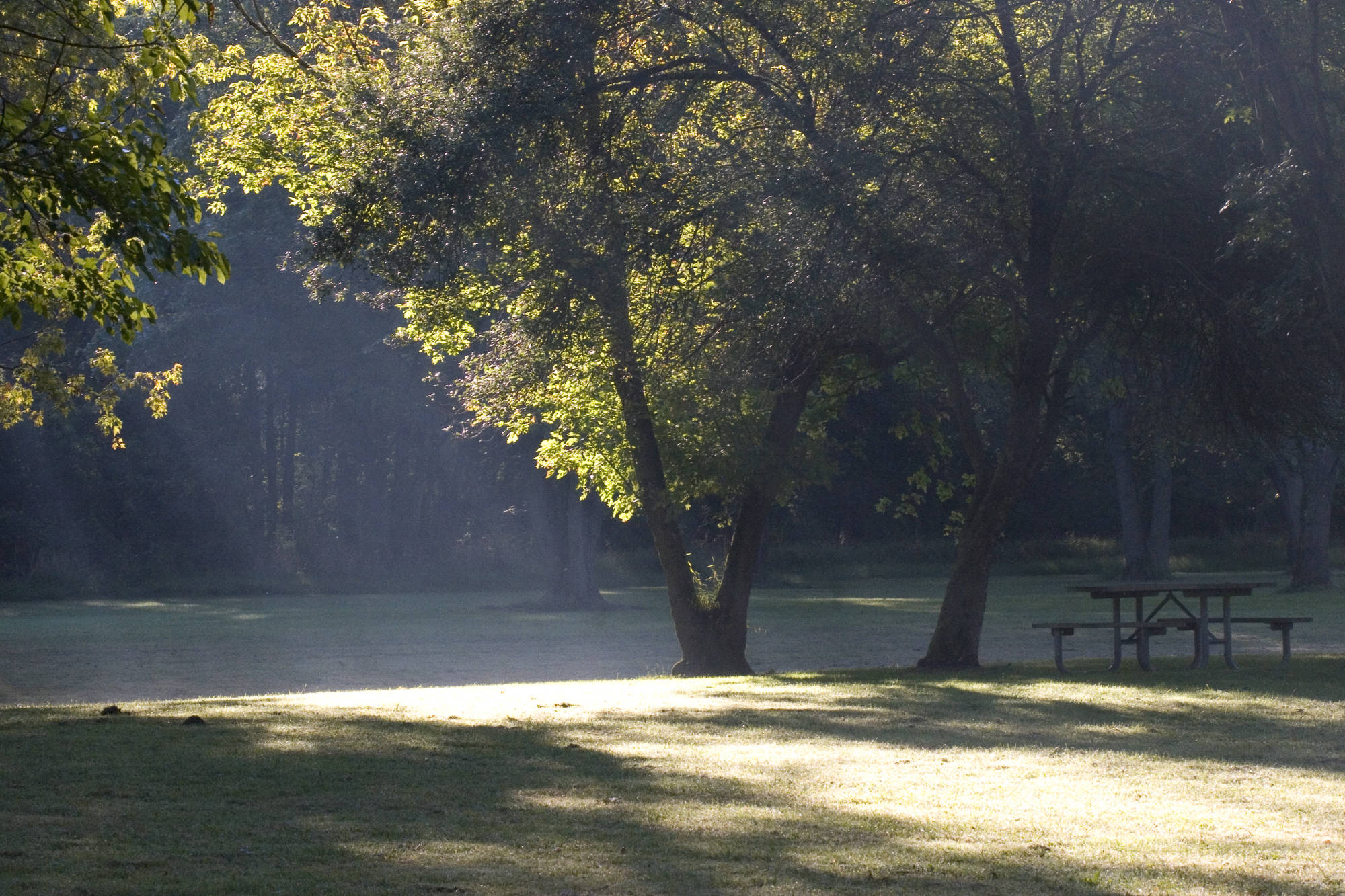 FOG  ON THE  BLACKWELLS MILLS CAUSEWAY 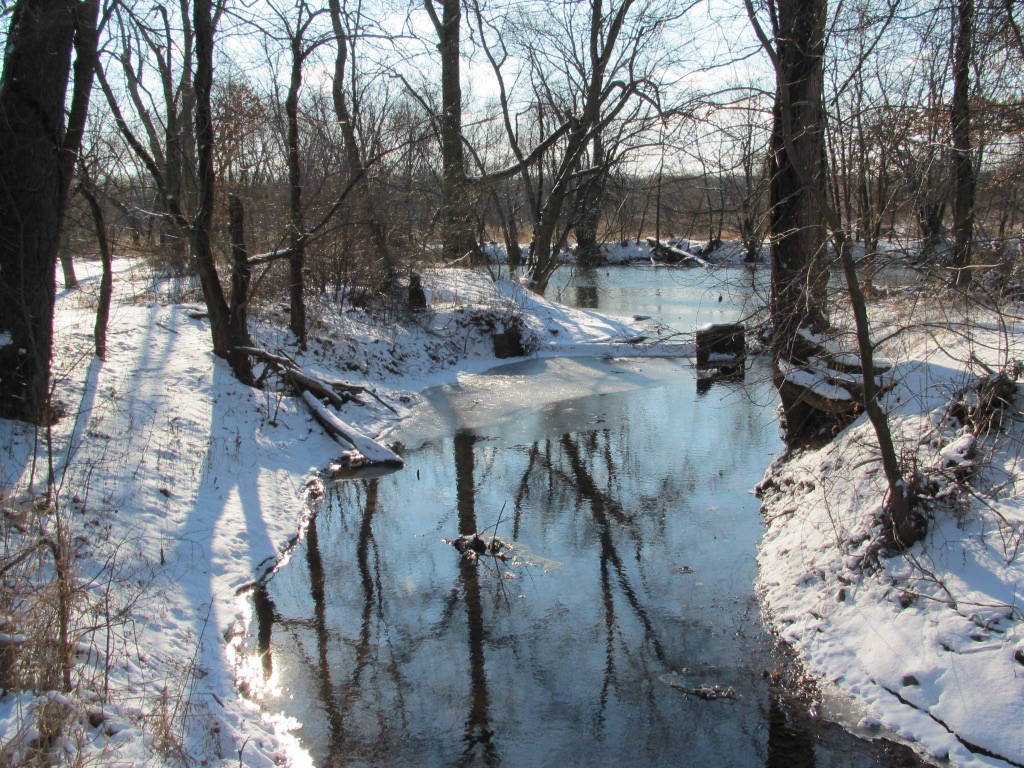 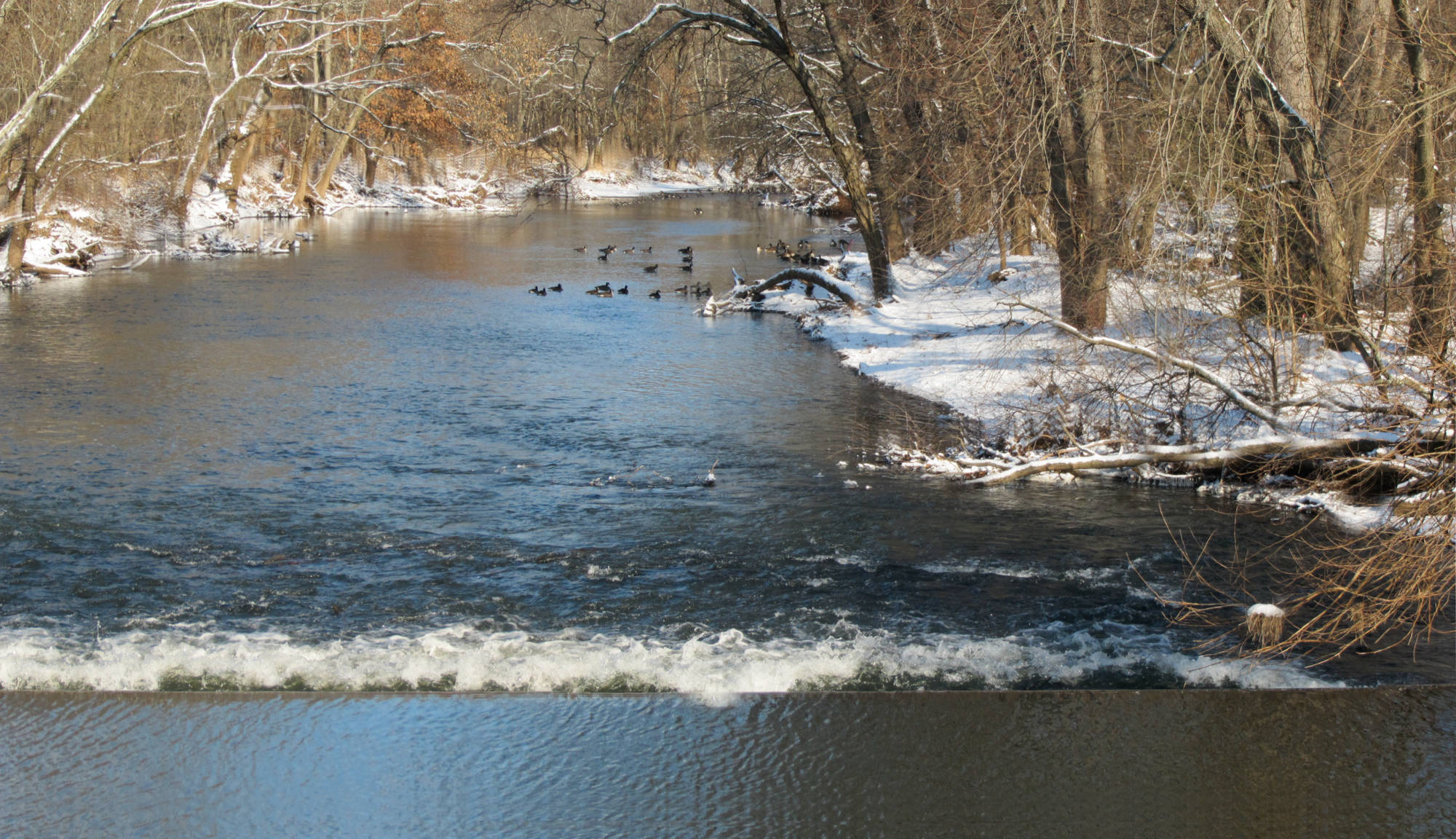 THE MILLSTONE RIVER IN WINTER